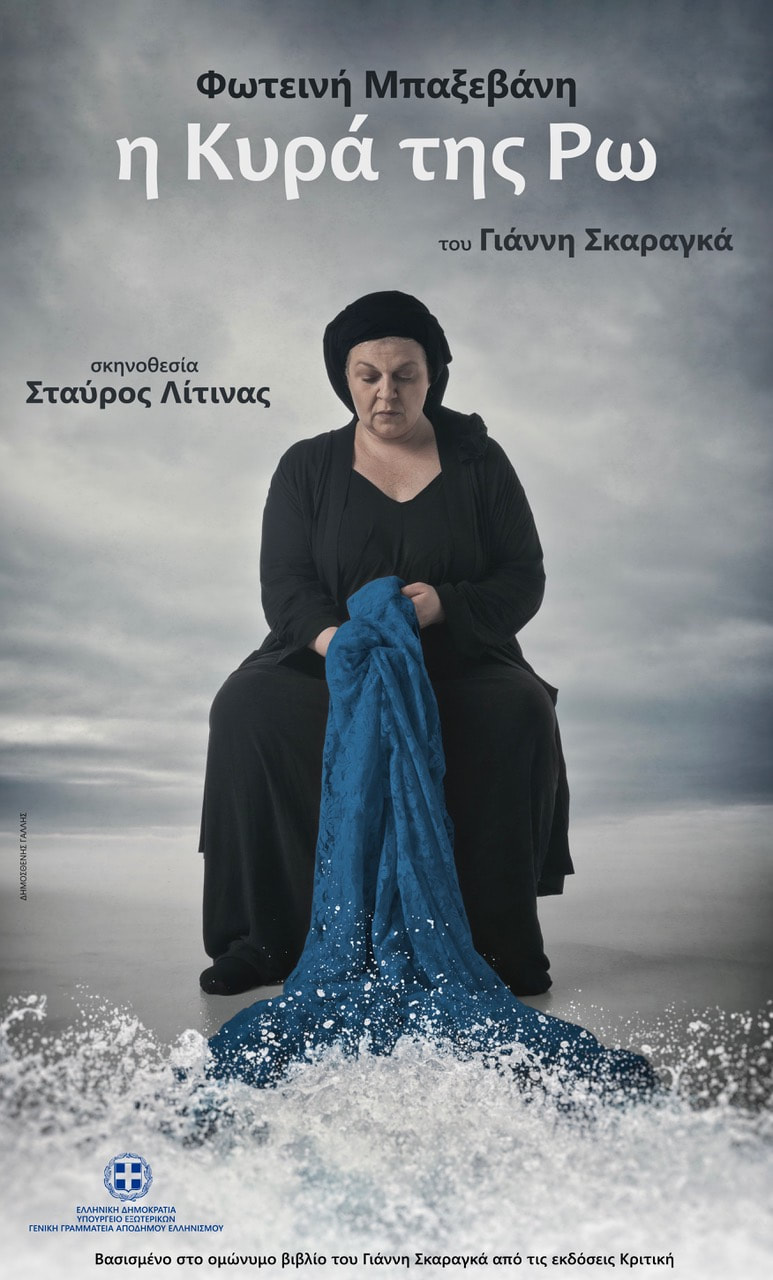 ​“After all, there are many homelands: the smell of my mother; the years
I believed I would always look at the world from a distance; the
footsteps of my husband coming home, and the mystery of that embrace
that matches breath with breath; the eyes sparkling in the light of Easter
candles. Most of all, the smiles of your loved ones whenever they look at
you. Whenever they look at you and, in spite of their dashed hopes for
you, smile with gratitude.”

Fotini Baxevani was born in Athens, Greece. She is a graduate of the Greek Νational School of Dramatic Art (GNT Drama School) and a graduate of the National School of Music with a BA in music and composition. She is currently an MA student of the School of Film Studies (Fine Arts of the Aristotle University). Since 1992, she has appeared in more than 60 theatre productions in Greece and abroad, and starred in TV series and films. She also works as a theatre director and a film-theatre music composer. Since 2010, she has been teaching acting in drama schools. In 2009, she directed the play “Prime Numbers” by Gianni Skaragas at the New York Greek Cultural Center. Baxevani has served as the Deputy Artistic Director at the National Theatre of Greece (2013-14) and has received the Greek Critics Union award for her performance in 2012 (Loxandra, National Theatre of Northern Greece) and honorary distinction for an actress in a leading role for her performance in the film “Ourania” by Despoina Kourti (40th Greek Short Film Festival in Drama 2017).


Short Description about The Lady of Ro

The Lady of Ro is the story of one woman’s struggle to shape her own truth and destiny— but also a chronicle of ordinary people, who learn to live and love in the most desperate of circumstances.
The story is inspired by the life of Despina Achladioti, the Greek widow known as the Lady of Ro,
after the deserted island where she took refuge during the Second World War. After the Turkish
invasion of Cyprus in 1974, the Lady of Ro became a hero and folk legend.
The Lady of Ro opened in Athens to great acclaim in October 2017. The show was a prodigious hit
and garnered an enthusiastic response from audiences on its three-year tour in Greece, Cyprus,
Western Australia and the United States. It received invitations from leading international art
institutions as the UCLA's Center for the Art of Performance in Los Angeles.