2021 is a historic year for the Greek American community because it commemorates 200 years after the 1821 Greek Revolution of Independence.  The country of Greece has established a “Greece 2021” Committee inviting Greeks from all over the world to come to Greece and celebrate our identity and values: https://www.greece2021.gr/en/

Rita Wilson and Tom Hanks have joined the effort inviting people from all over the world to celebrate with the Greeks:  https://www.youtube.com/watch?v=vy2Wkp4uplA

The Hellenic American Women's Council (HAWC) has joined the effort by organizing a 3-day conference titled “Bicentennial Celebration of Greek Independence (1821-2021) - Honoring Greek Women Heroines” on June 26, 27, 28, 2021, at the Anargyrios & Korgialenios Foundation on the island of Spetses, Greece.  The purpose of the conference is to honor and celebrate four extraordinary Greek women who defied the prescribed roles for women in their century and emerged as powerful heroines and role models for all of us: 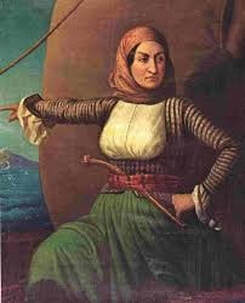 ​Bouboulina from the island of Spetses was a preeminent heroine of the 1821 Revolution of Independence.  She owned a successful merchant fleet, built the largest Greek fighting ship of the 1821 war, (the “Agamemnon”) captured the fortress of Nafplion, saved hundreds of harem women, was the first woman admiral in the world, and served as an international diplomat.  Extraordinary for a grandmother in the 1820s. 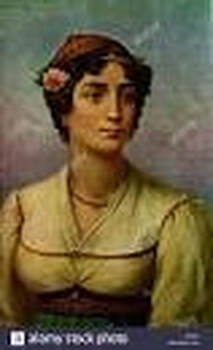 ​Manto from the island of Mykonos was a fierce heroine of the 1821 Revolution of Independence.  She was a skillful leader, won many battles, and led military expeditions in Europe.  Manto spent her entire fortune for the revolution by contributing a fleet of man-powered ships and was an Honorary Lieutenant General.  It was largely her fiery personality that convinced the Turks to retreat from Mykonos. 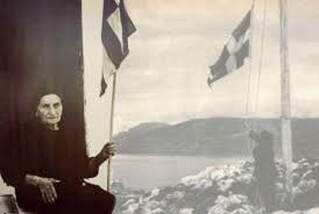 The Lady of Ro, whose name was Despina Achladioti, was from the island of Kastellorizo, a few kilometers from the Turkish coast.  For 55 years (1927-1982), daily, she raised and lowered the Greek flag even when the island was controlled by Italy and then by the British before becoming a Greek territory.  Despina was recognized by the Greek state upon her death when she was buried on the island with full military honors.  Today, the Greek military continues to raise and lower the Greek flag daily.
Video about Despina Achladioti, the Lady of Ro: In Greek. https://youtu.be/wtlKHBILTO0
​ 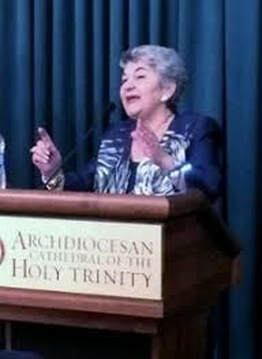 Stella Kokolis, a HAWC co-founder, is widely known as a preeminent community leader, educator, and humanitarian in the United States and abroad.  Stella nurtures the values of Greek language and culture, and she has kept them alive for thousands of people.  Stella continues to kindle the light of Hellenic education for more than 50 years.

Video about Stella Kokolis: In Greek. Stella and her work in Florida.
https://www.youtube.com/watch?v=ihM0oNpAFRY 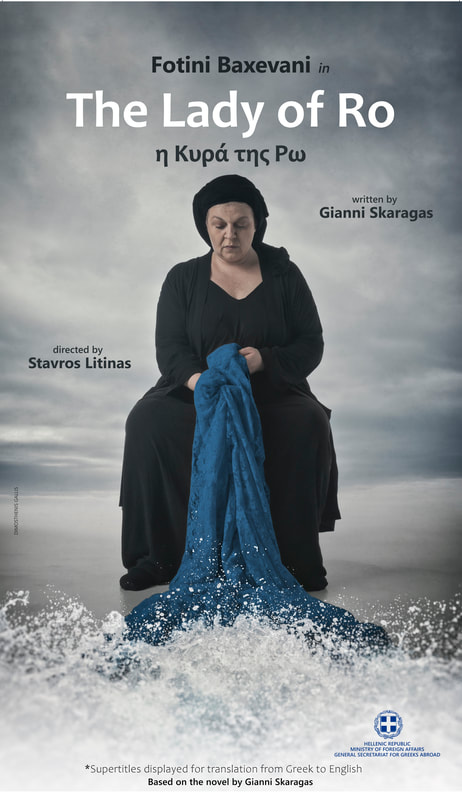 HAWC Pinvites you to attend The Lady of Ro, and presents Fotini Baxevani as The Lady of Ro.
The Lady of Ro, a one-woman show, is inspired by the life of Despina Achladioti, the Greek widow known as the Lady of Ro after the name of the deserted island where she took refuge during the two World Wars. After the invasion of Cyprus in 1974, Achladioti became a hero and folk legend for her persistence in raising the Greek flag on the island, marking the rocky soil with the potent symbol of Hellenic sovereignty. Told in mesmerizing prose, compassion and humor to spare, and infused with Fotini Baxevani's striking acting, The Lady of Ro is a transcendent performance that evokes a specific time and place, yet movingly describes the universal human condition.
Welcome to the Hellenic American Women’s Council (HAWC) website.  HAWC is a 501(c)(3) nonpartisan, nationwide network whose mission is to identify and harness the tremendous talents of Hellenic American Women. Your support is greatly appreciated and assists HAWC in fulfilling its mission.

We welcome you to become a sponsor  You can send your donation by:
Venmo:            @hawcpacific
Paypal:            Click for safe online payment:  HAWC Pacific's Paypal account
​By check:        Please reach out  via email to HAWCPacific@gmail.com to receive the mailing  address.